That’s kinda’ how we feel about it.  Like we posted up, and lived in Vero Beach, Florida for one month and a day.  Crazy how time flies.  But, we got so much done and had a blast…  Here is a list of a whole bunch of memories, so that we never, ever forget :) Enjoy and add your own if you’ve got ‘em… 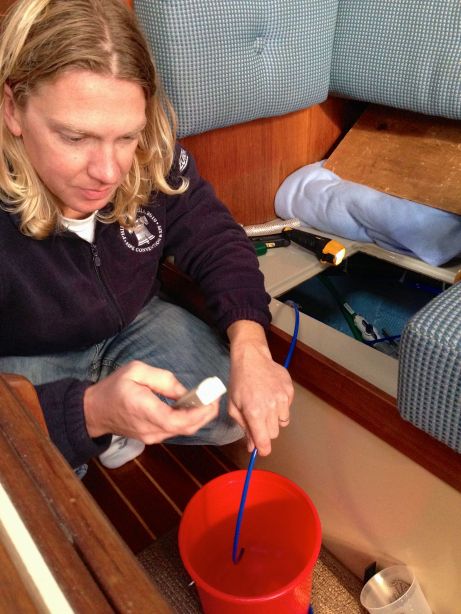 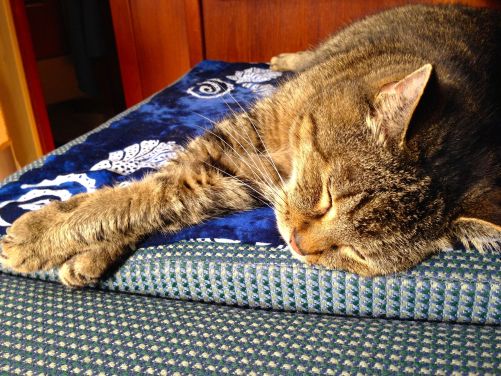 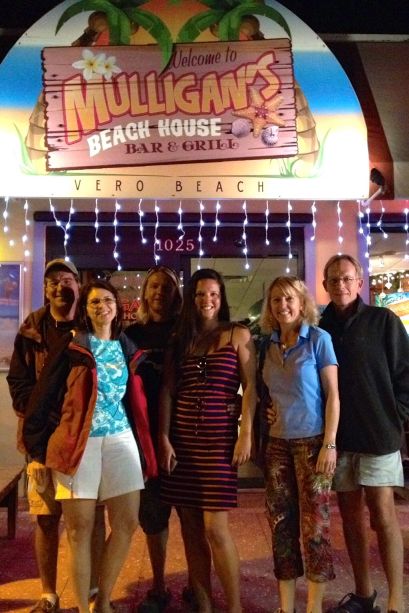 Dinner with 2 sets of crew who are already in the Bahamas! (Photo straight up stolen from Eleanor Q’s blog :) 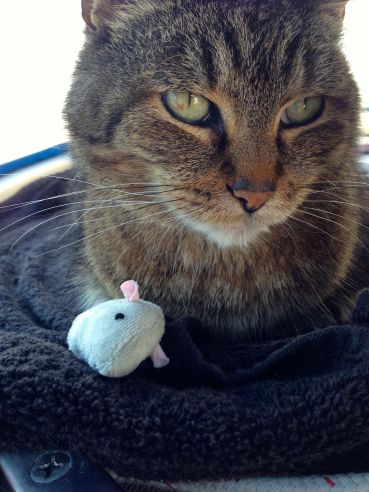 “I love my new mouse and my new Auntie Natalie.” -Leo 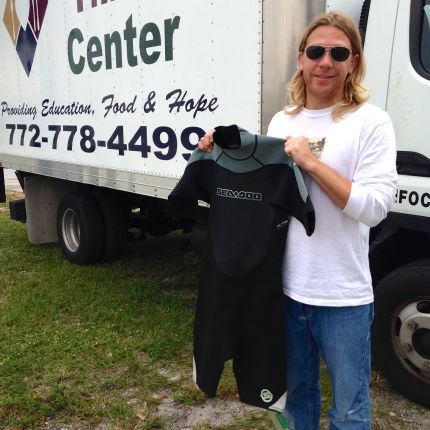 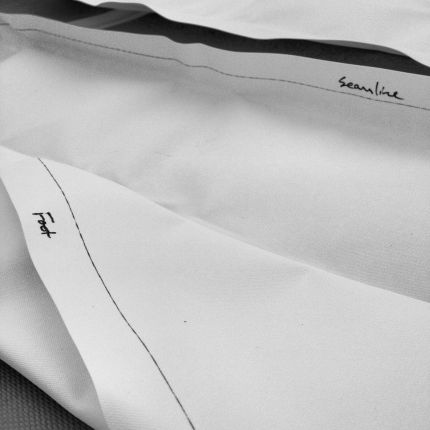 Parts to the anchor riding sail I sewed (or assembled) in Vero Beach.

December 19th. We thought we were gonna get outta’ there quick! Ha! 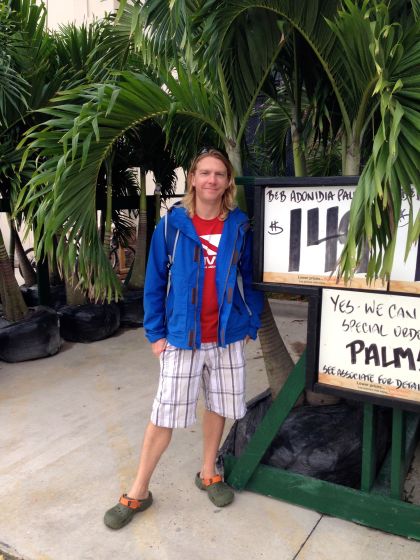 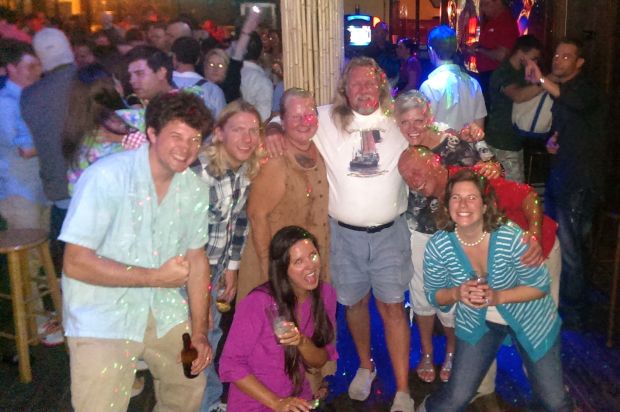 Enjoying New Year’s at Riverside, despite the crappy DJ. 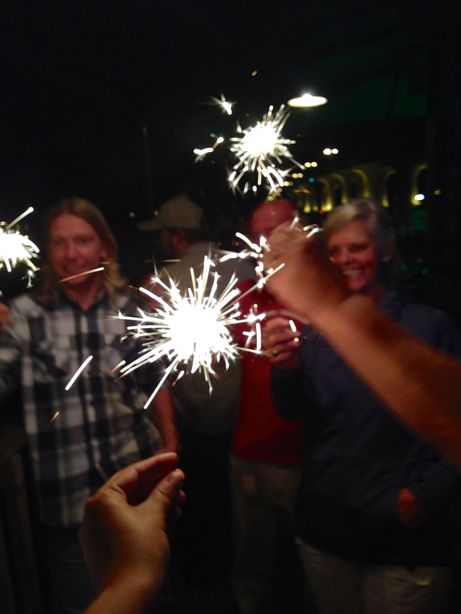 Before the grumpy guy came and ruined our fun! 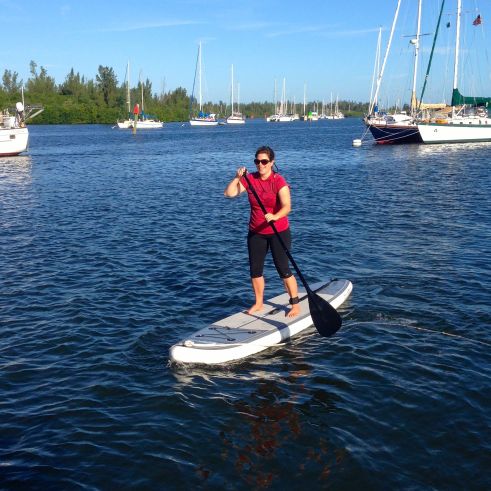 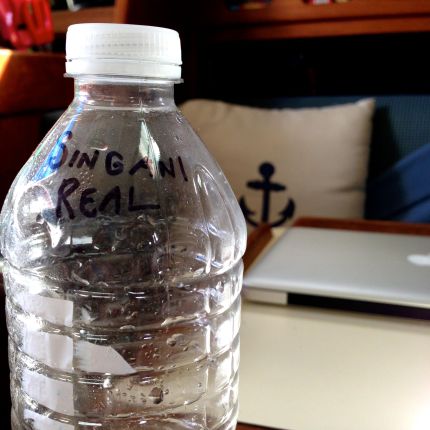 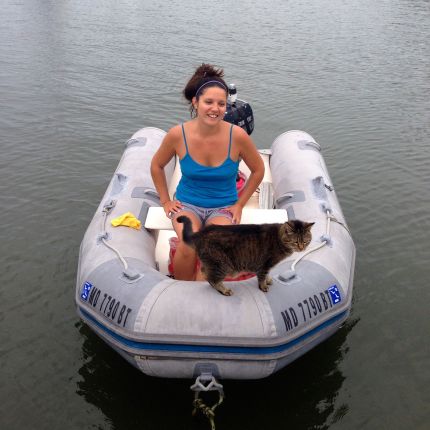 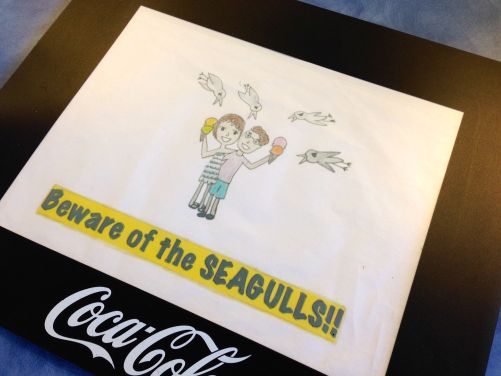 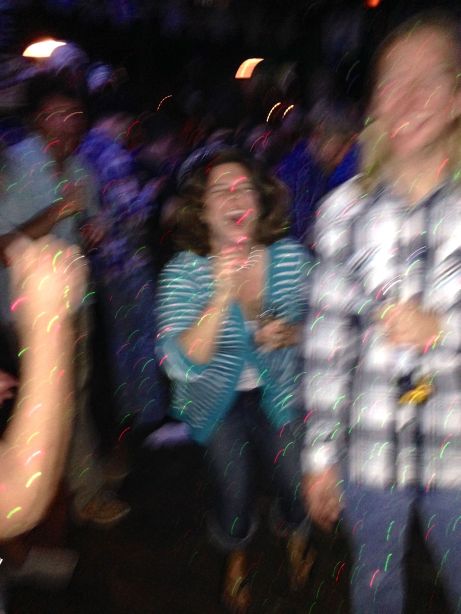 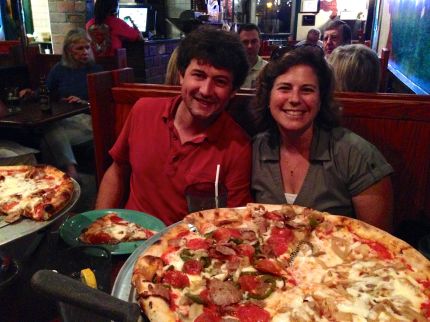 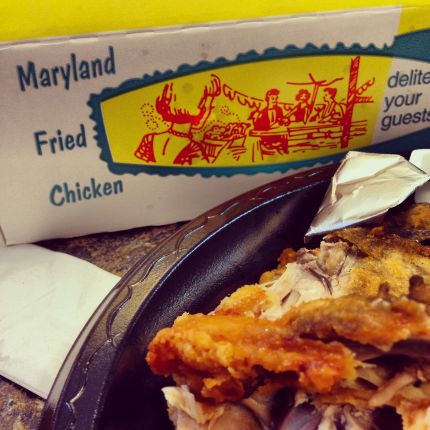 Who knew there was a place called Maryland Fried Chicken? 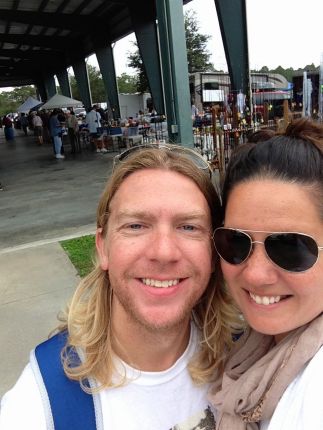 Us at the Nautical Flea Market. 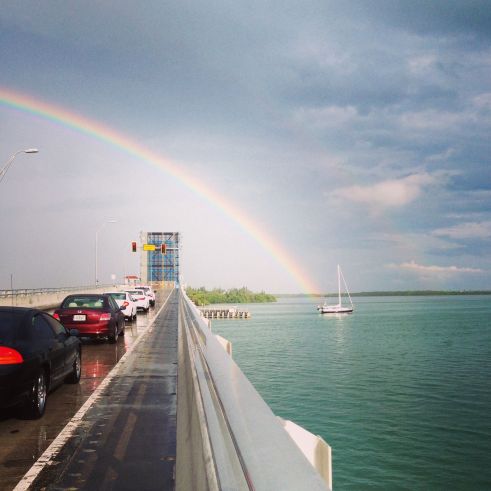 Waiting on one of those slow-poke sailboats! 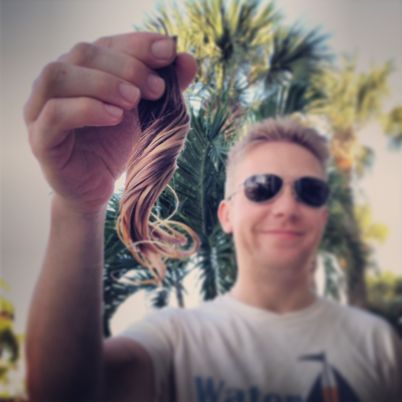 Yeah, I remember living in Florida for a month…  It was kinda’ rad <3